Buffalo has its bison, Erie has its frogs and Liverpool has its Super Lamb Banana.  This sculpture can be seen in its many incarnations throughout the city and in the city's many souvenir shops.

The Super Lamb Banana is  a cross between a banana and a lamb and was originally created by the Japanese artist Taro Chiezo to warn of the dangers of genetic engineering while symbolizing the playful spirit of Liverpool. .

The original has spawned many other interpretations, just a few of which are shown below.  They are now tourist attractions in their own right. 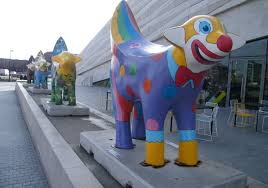 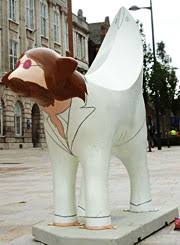