Uncle, I Give UP!

It probably comes as no surprise that technology has won, for now.

It probably also comes as no surprise that I have steam coming out of my ears and the top of my head.

I have decided for the sake of my blood pressure and my sanity I have abandoned the battle for today.

Maybe tomorrow I can get pictures to load and words to not move around and duplicate themselves over and over again in odd places and then won't let me remove them.

So, you will have to wait a little longer to hear about Heilsinki, Finland; Stolkholm, Sweden: and Copenhagen, Denmark.

Trust me, it is for the best.

Oh, and a glass of wine may or may not be in my future, my very near future.
Posted by Frugal in the USA at 12:34 PM No comments:

Where Have All The Smiles Gone? (with a thanks to Peter, Paul and Mary)


Along one of the major streets of St. Petersburg is a large gray building on a corner.  During Soviet times it was supposedly an Aeroflot office.  However, very few customers were ever seen there.  In reality, it was the headquarters of the KGB and called, by the local residents, The Big House.  Local  people will tell you that those who were "escorted" into the building rarely left.  Popular wisdom was to avoid it at all costs.

Natalia, our wonderful guide, who had so many interesting insights into the city such as the one above, works as a tour guide full time. On her days “off” she has a part time job as tour guide at the Hermitage. And, she really knows her art.  She had insights into the artists, the times they were working in, and their styles and techniques.  I came away feeling as if I understood, at least a little, of what the artist was all about.  And that, my friends, takes a bit.

Natalia's grueling work schedule is her way of providing the type of life all parents want for her two children, ages 9 and 14.   The children live with their Grandmother outside the city.  There is no other option since Natalia’s long days begin with a 6 am meeting with the bus driver and go until 7 pm or later 6 to 7 days a week.  Time with her kids is a lot more limited than she would like. It would not be exaggerating to say hers is a hard life, both physically and emotionally.

Moving around the city over two days we were able to see a large cross section of the population.  Men, women, children, old, young, businessmen and blue collar workers.  We even saw many brides and grooms walking around among the buildings of the Imperial era.  Seeing a smile was very infrequent, even on the faces of the bridal couples.

Life did not seem to provide the people much joy.  But then, the Russians through history have not been made to think of life and joy in the same breath; not under the autocratic Tsars and not under the Soviet fist.  Hopefully, someday.

Final Interesting Aside:  During its “lifetime” this city has had three names.  Originally, it was named St. Petersburg in honor of Peter the Great.  After the rise of Lenin it was renamed Leningrad.  Later still, it was called Petrograd.  Today, as a result of a vote taken of its citizens, it is again known as St. Petersburg.
Posted by Frugal in the USA at 9:11 AM No comments:

Yusupov Palace and the Murder of Rasputin

Yusupov Palace is now primarily associated with the murder of Rasputin.  It was here, on the night of December 29, 1916 that a plot to kill him was put into motion.

In 1906, Rasputin, also called the "mad monk," came to St. Petersburg.  He had a reputation as both a mystic and a faith healer. Two years later, in 1908, he was introduced to Russian Czar Nicholas II and his wife, Alexandra Feodorovna, who were seeking help for their only son and heir, Alexis. Rasputin quickly gained their confidence by seemingly "curing" the boy of hemophilia. This action won him the passionate support of Alexandra.  It must be noted that it was Alexandra who introduced the gene that leads to hemophilia into the Imperial Russian family.  As a mother, her guilt in relation to this fact must have made her frantically search for any possible way to help her son. 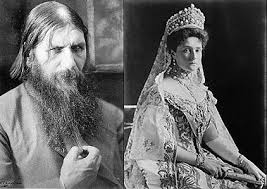 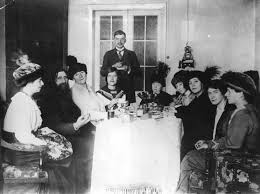 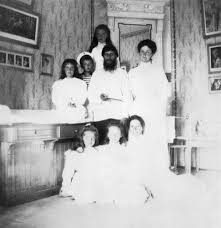 Between 1906 and 1914, Rasputin claimed to be the Tzarina’s adviser, although in truth, his influence during that time period was limited to the health of Alexis.
It was not until Russia entered World War I and Tsar Nicholas II took command of the Russian Army leaving Tsarina Alexandra in charge of domestic policy that Rasputin began to have realy sway over some of the policies championed by Rasputin.  When ministers were said to be suspicious of the "mad monk" Alexandra summarily dismissed them . Other government officials tried to warn her of Rasputin's undue influence, but she continued to defend him, giving the impression that Rasputin was her closest advisor.


On December 29, 1916, a group of conspirators, including the czar's first cousin, Grand Duke Dmitri Pavlovich (one of the few members of the Imperial Family to escape with his life at the time of the revolution), and Prince Felix Yusupov (who also escaped), invited Rasputin to Yusoupov's palace, and fed him wine and cakes laced with huge quantities of cyanide. However, an hour and a half later Rasputin was still happily eating and drinking and the poison seemed to have had no effect.

The conspirators then attempted to beat him to death.  When he still refused to die, as a last effort, they shot Rasputin several times. His  "corpse" was then wrapped in a carpet and thrown into the Neva River.
When the body was discovered three days later an autopsy revealed that there was water in Rasputin's lungs at the time of his death.  The official cause of death:  drowning.

An interesting aside:  Shortly before his death, Rasputin wrote to Nicholas that if he were killed by government officials, the entire imperial family would be killed by the Russian people. His prophecy came true 15 months later, when the czar, his wife and all of their children were killed by during the Russian Revolution.
Posted by Frugal in the USA at 10:14 AM No comments:

This fort was the first structure built in St. Petersburg by Peter the Great in 1703.
It is home to the Imperial cathedral that contains the burial place of all of the Russian Imperial Tsars.
A special room has been designated for the last Tsar, Nicholas II, and his family (Tsarina Alexandra, daughters Olga, Marie, Tatiana, Anastasia and son Tsarovich Alexei) who were shot to death by their guards and buried in unmarked graves. 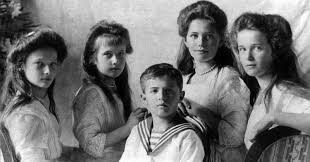 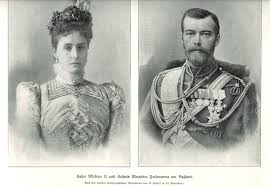 It was only recently, nearly 100 years later, that their remains were authenticated by the use of DNA. They were then ceremoniously re-interred in the cathedral with their royal ancestors.

An interesting aside:  The DNA used for authentication came from the British Royal Family.  Tsar Nicholas’s mother was the sister of Queen Alexandra of England.  Tsarina Alexandra was a granddaughter of Queen Victoria.  The family resemblance of Nicholas II of Russia and George V of England (a grandson of Victoria and son of Alexandra of England) was very striking and often commented upon.

Posted by Frugal in the USA at 7:52 AM No comments: