Peter the Great began to build his modern city of St. Petersburg in 1703.  The streets and buildings are in the European style of the time and very attractive.  Because of the long and dark winters, traditionally the buildings have been painted in pastel colors such s yellow, light blue, pink, pale peach, etc.  This held true until the Soviet style of architecture favored by Stalin gained prominence.  Those buildings are a drab cement gray, both oppressive and depressing.

Peter became Tsar at the age of 10.  His first marriage was arranged for him by his family and was not a happy one.  In fact, Peter later sent that wife to a nunnery to live out her days in prayer.


He then married Katherine I, a great beauty.  She is also known as the Russian Cinderella since she was born as a serf but later became a Tsarina after catching the eye and winning the heart of the Tsar.

Peter was succeeded by Elizabeth I, his daughter.  Unwilling to share her power, she never married. (Must have something to do with the name since Elizabeth I of England made the same choice.:-))


She chose a nephew to succeed her but his reign was quite short.  He was overthrown and later killed by supporters of his wife Katherine who became Katherine II, Katherine the Great.  She was a beautiful golden haired woman and was well loved by her courtiers and the Russian people, unlike her husband.  Katherine’s rule lasted for 30 years.  After her first husband Katherine never remarried although she is known to have had very close and intimate relationships with two men who helped her establish and maintain her power. 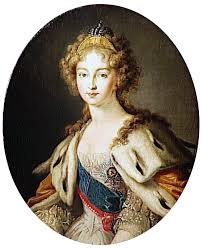 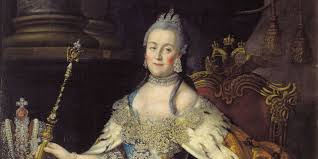 Katherine was a woman who loved dresses, especially new dresses, and never wore the same one twice.  At her death she owned 15,000 dresses! 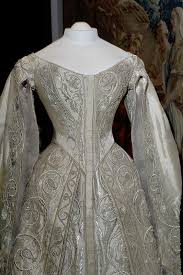 In the center of St. Petersburg Katherine lived in a huge and magnificent blue and white palace full of ornate rooms and gorgeous art and furnishings.  This palace, like Peterhoff, was mostly destroyed by the Germans in WWII.  It is currently still in the process of being restored. 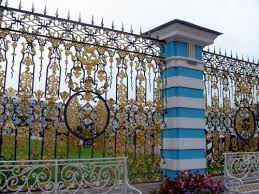 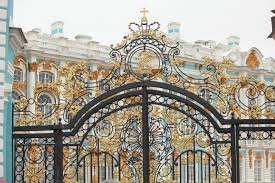 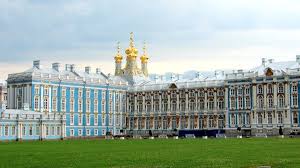 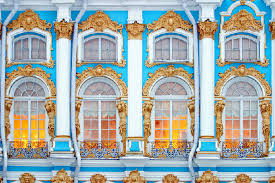 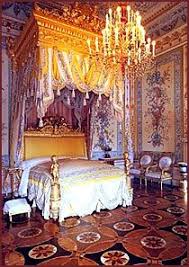 One of its most famous rooms, the Amber Room, has been the focus of decades of restoration by highly skilled craftsmen, again using only black and white photos, a few salvaged items and the memories of individuals.  The walls are covered in beautiful amber mosaics, pictures are elaborately framed in amber with three dimensional reliefs and decorations.   The room is literally priceless. 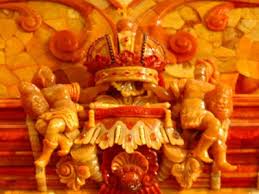 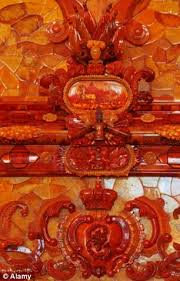 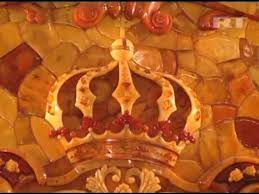 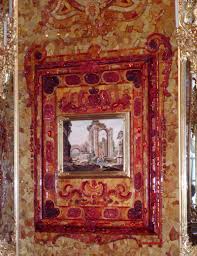